After investigating and concluding that yes, Wilkinson power dividers work for splitting data, the natural question was whether they work for combining data.This is a more complicated question for splitting data. For one thing, the role of isolation was unclear. Also the implications of the return loss increasing at lower frequencies was unclear. Furthermore, I didn’t know when anyone would want to combine two baseband signal together.

Today I found answers to all of these questions. To accomodate increasing datarate requirements, signal integrity engineers are transitioning from on-off-keyed (OOK) to pulse amplitude modulated (PAM4) signals. The difference is that OOK uses two signaling levels (for 1 and 0), while PAM4 has 4 levels (for 11, 10, 01, and 00). Therefore PAM4 can transmit 2 bits per symbol in the same amount of time OOK transmits 1 bit, thereby doubling the datarate.

In order to create a PAM4 signal using OOK test equipment, the technique is to attenuate one signal by 6 dB in power (to create 1/2 the voltage signal) and combine it in phase with another signal using a power combiner! Here’s my chance to test my theories. Would a Wilkinson create an intelligible eye diagram using PAM4, or would it highpass filter it somehow? What would I see?

First off, here is the PAM4 signal using a resistive power divider, the PD-0030, running at 13 GS/s. All eyes are taken with a 2^31 PRBS pattern with significant low frequency content. 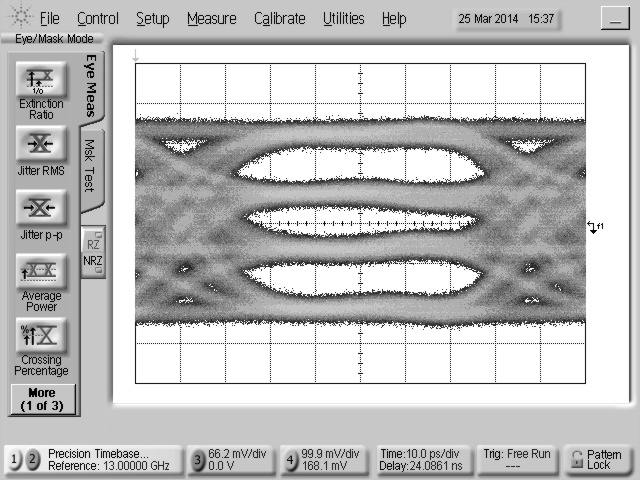 There is some distortion, but the eyes are open. The amplitude of the middle eye is different from the outer eyes because the amplitudes were not tuned to be perfect, and I’m not sure what the optimal amplitudes (they need to be optimized with respect to the noise in the system). The distortion could come from the return loss in the power divider, the lack of isolation in the power combiner, or the high pass filtering from the cables used to create the signal. I didn’t investigate to find out.

Now here is the output from a Wilkinson, the PD-0220, of the same signal: 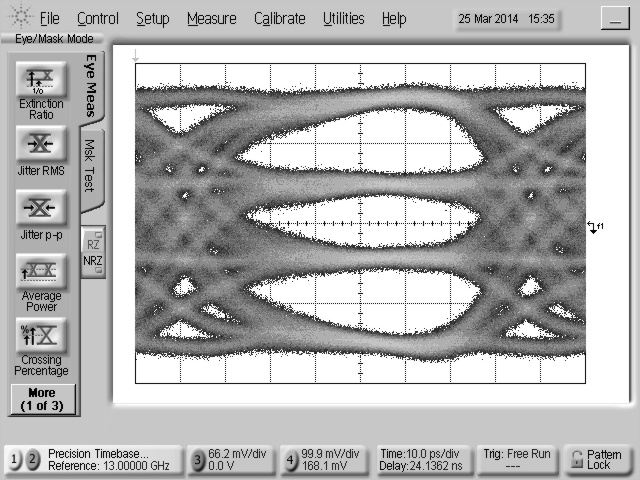 Now this is the result of a 2-20 GHz Wilkinson. As I stated, this is a 2^31 PRBS pattern, which at 13 GHz means that most of the spectral power density is below 4 GHz. Maybe the 2-20 GHz Wilkinson was masking the distortion it introduced. So I tried the same experiment with one of our surface mount PD-0434 Wilkinsons in a test fixture: 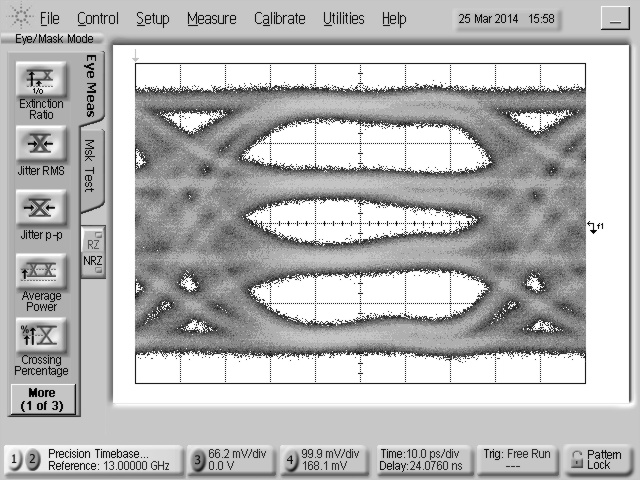 As you can see, it still works. The amplitude is the same as the PD-0220, which is higher than the resistive PD-0030. There is some additional distortion, which may be from the lower isolation of the PD-0434 vs the PD-0220, or it may be from the degraded return loss from the surface mount transition.

What if we go really crazy, and put all of the signal outside the ‘band’ of the Wilkinson? Here’s the PD-0434 creating a 4 GS/s PAM4 signal: 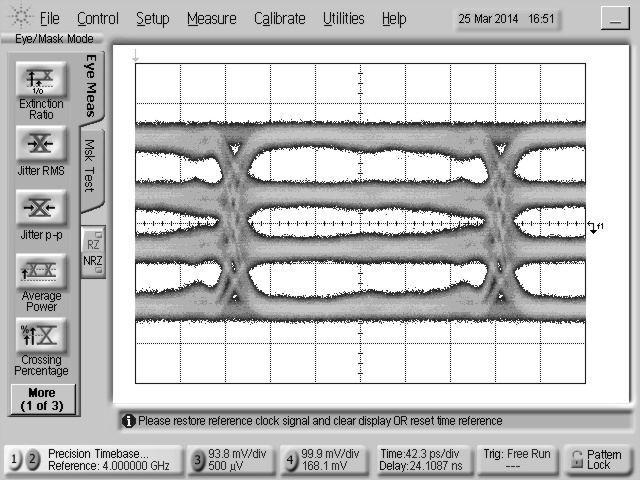 Still looks beautiful. So there you have it. You can use Wilkinsons for almost any task you have in signal integrity. I prefer Wilkinsons because they have 3 dB less loss than resistive power dividers, meaning that you get twice as much power output from them, and they have isolation, which tends to calm down resonances in a system. If you like your resistive power dividers, you can stay with them. When you are trouble shooting or optimizing your experiment or system, it’s probably worth it to look at both.