As detailed in this blog post, there was a previously unaddressed problem with using baluns back to back in a test setup, with a VNA for example. The problem was that the baluns did not have isolation, which would cause a signal input to one differential port to show up at the other differential port. This would cause a resonance in the S parameters, and an ‘echo’ in the time domain behavior of the balun.

Starting now, this problem is a thing of the past. Marki Microwave just released a new line of ‘Isolation Baluns’. These are baluns built using a through line and an inverter, as has been sold before, but with a Wilkinson power divider between them. As I showed in this blog post, a Wilkinson power divider is capable of splitting data. It is also capable of combining data, so long as the data is common mode (identical on each arm). This is the circumstance with the new baluns, when placed back to back.

The isolation of this new balun structure means that the two baluns can be placed back to back and attached to a VNA to extend the measurement capability of a two port VNA to differential devices. 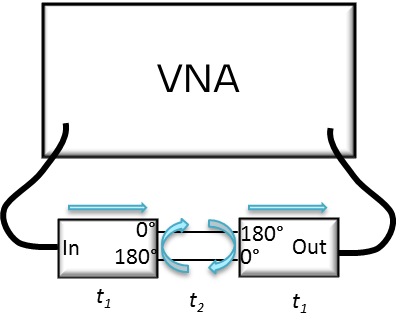 Previously this would cause an insertion loss ripple, like this: 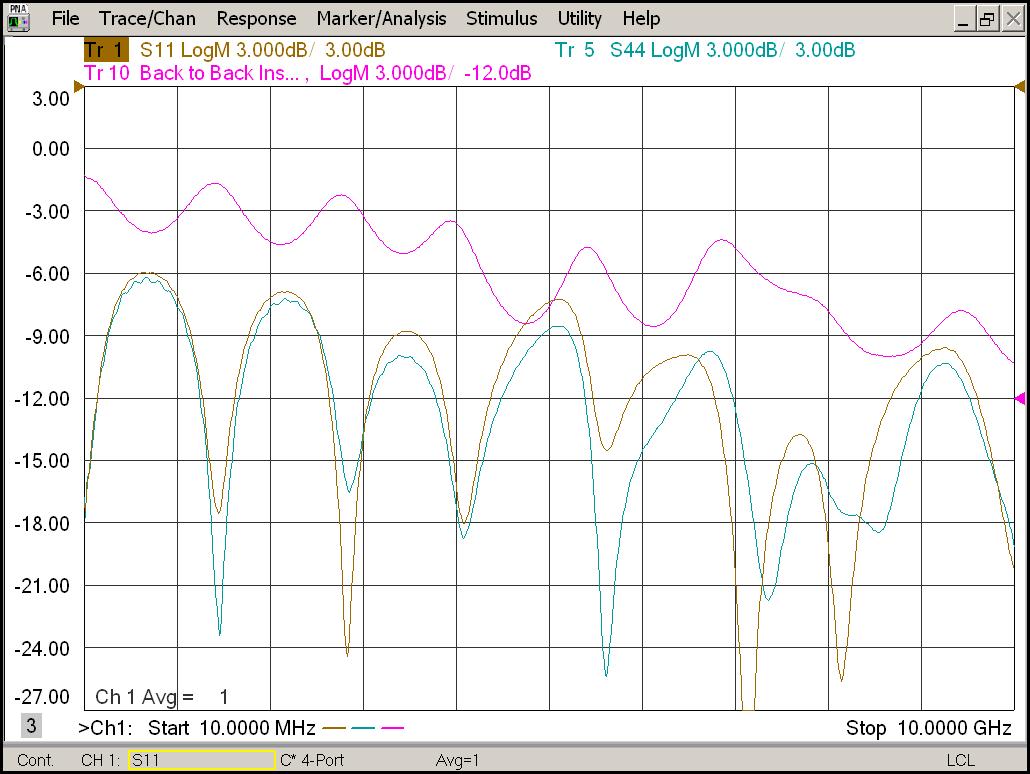 With two back to back isolation baluns, however, the insertion loss ripple is solved: 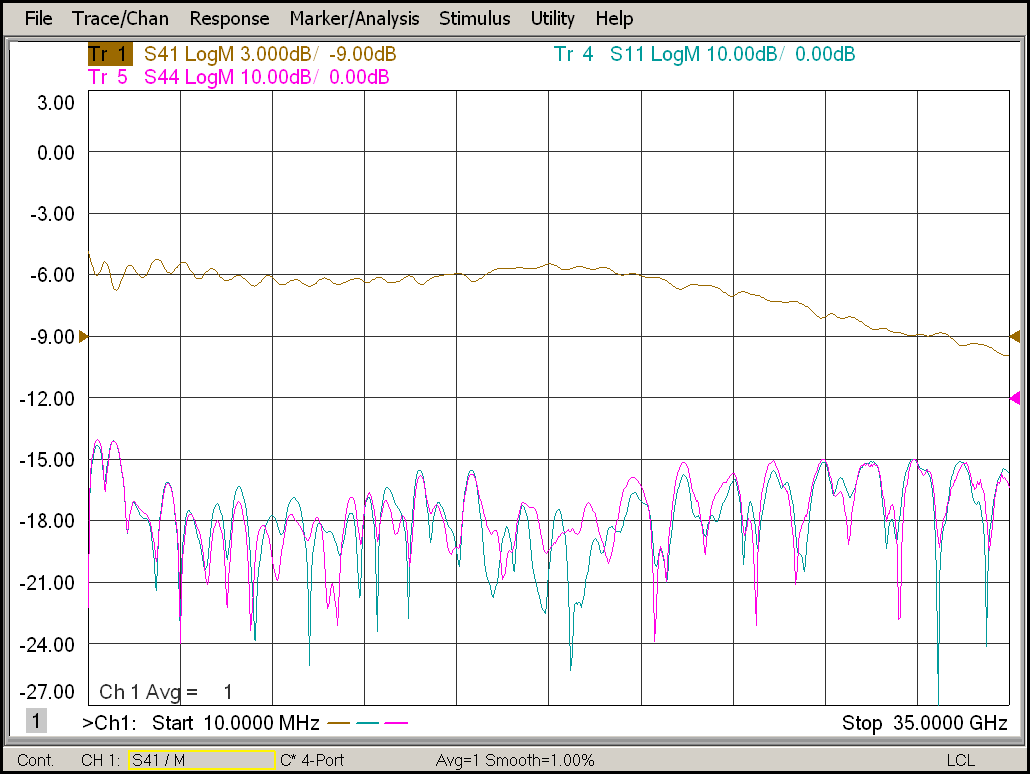 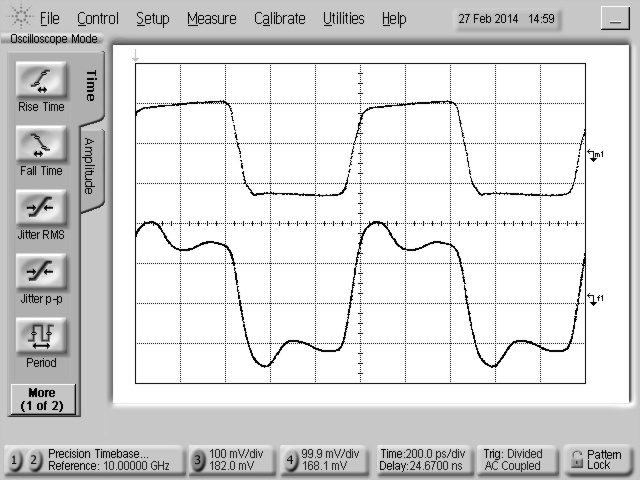 The top trace here is the input, and the bottom trace is the output of two back to back baluns without isolation (not to scale). Compare this with the effect when two isolation baluns are placed back to back: 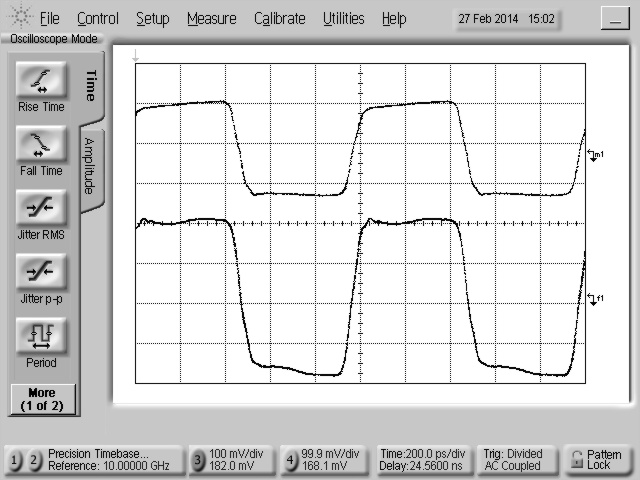 In this case there is minimal distortion from the back to back baluns. Here are the two output traces next to each other, just to reinforce the point: 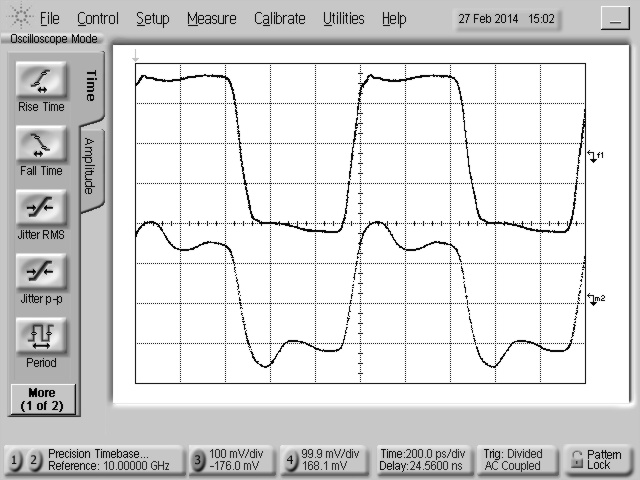 This implies that these isolation baluns can be used to extend a 2 port VNA to differential testing simply by de-embedding the S-parameters of the back to back baluns, something that was not possible before. This is something that we are still working on, but I will write an update when we have an exact procedure.