In making the datasheets for the first Microlithic frequency doubler (MLD-1640), it occurred to us that not enough has been made about the difference between isolation and suppression.

In mixers and amplifiers, some parameters are expressed relative to the input powers, while some are expressed in terms of the output power, with the conversion loss or gain calibrated out. This includes third order intercept point (IP3), which can be expressed as either input IP3 (IIP3), or output IP3 (OIP3). In general it is better to use OIP3 for mixers, since what really affects the dynamic range of a system is the amplitude difference between the output signal and output spur, expressed in dB relative to the output signal or carrier (dBc). This is illustrated in the table below, where the difference between the T3 and competing mixers is even greater when the superior conversion loss of the T3 is considered.

When the same logic is applied to spurious products in mixers and multipliers, the input referred value in dB is called isolation, while the output referred value in dBc is called suppression. Suppression is the preferable number to use, because it expresses the important value to the system. The isolation can always be improved by increasing the conversion loss of the mixer or multiplier, but this is obviously undesirable. There are, however, some issues using suppression.

The first comes with mixers. In all mixers we express the spurious output of the LO in terms of isolation, since it is dependent on the input LO power. Since the LO power does not change the conversion loss referenced to the input, this means that the suppression can vary by several dB with different LO drive levels.

The second complication is that the input signal, converted signal, and spurious tone are all at different frequencies. For example, when using a doubler with an 8-20 GHz input range, the output doubled frequency is 16-40 GHz, and the undesired tripled frequency is 24-60 GHz. This means that the isolation curves look like this: 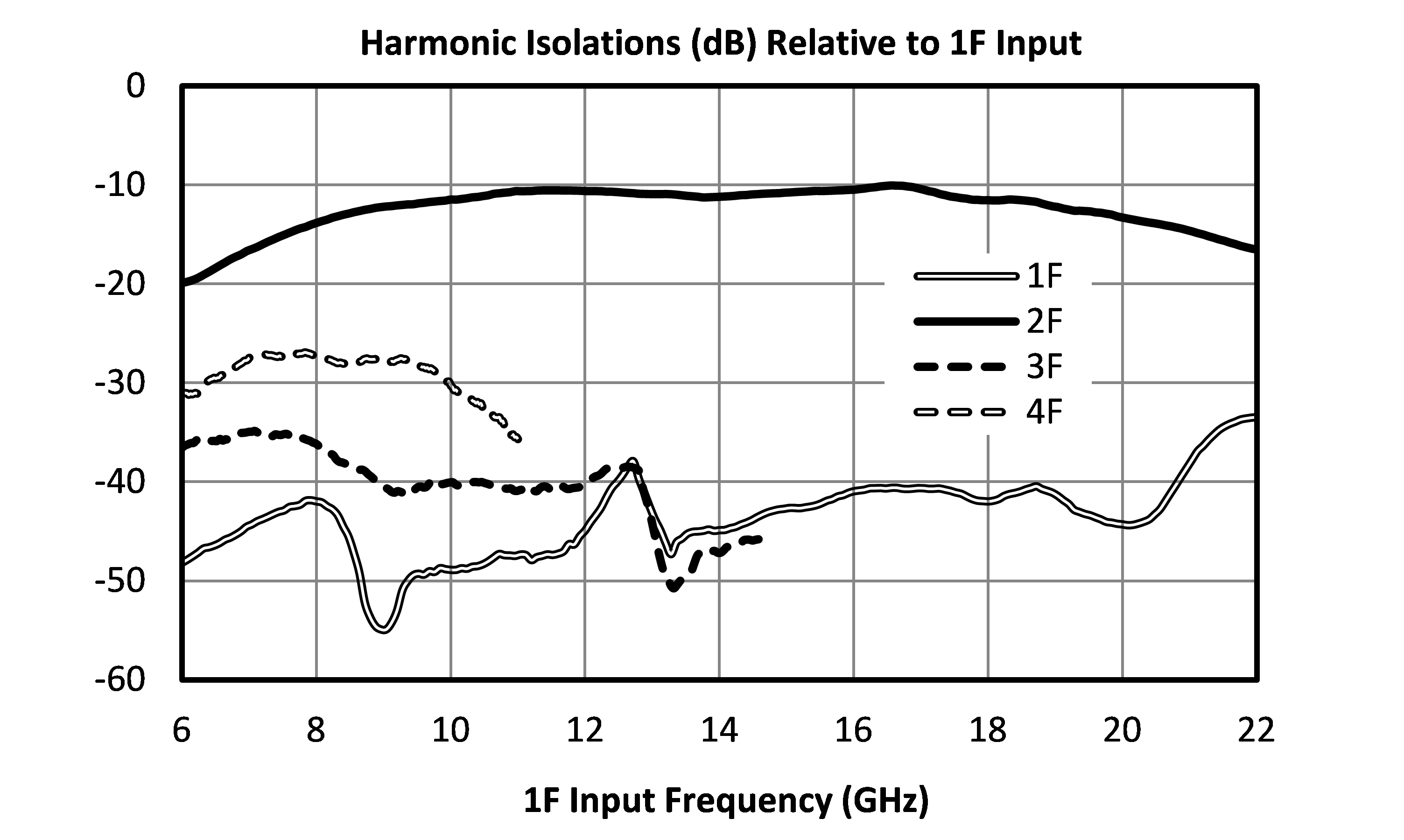 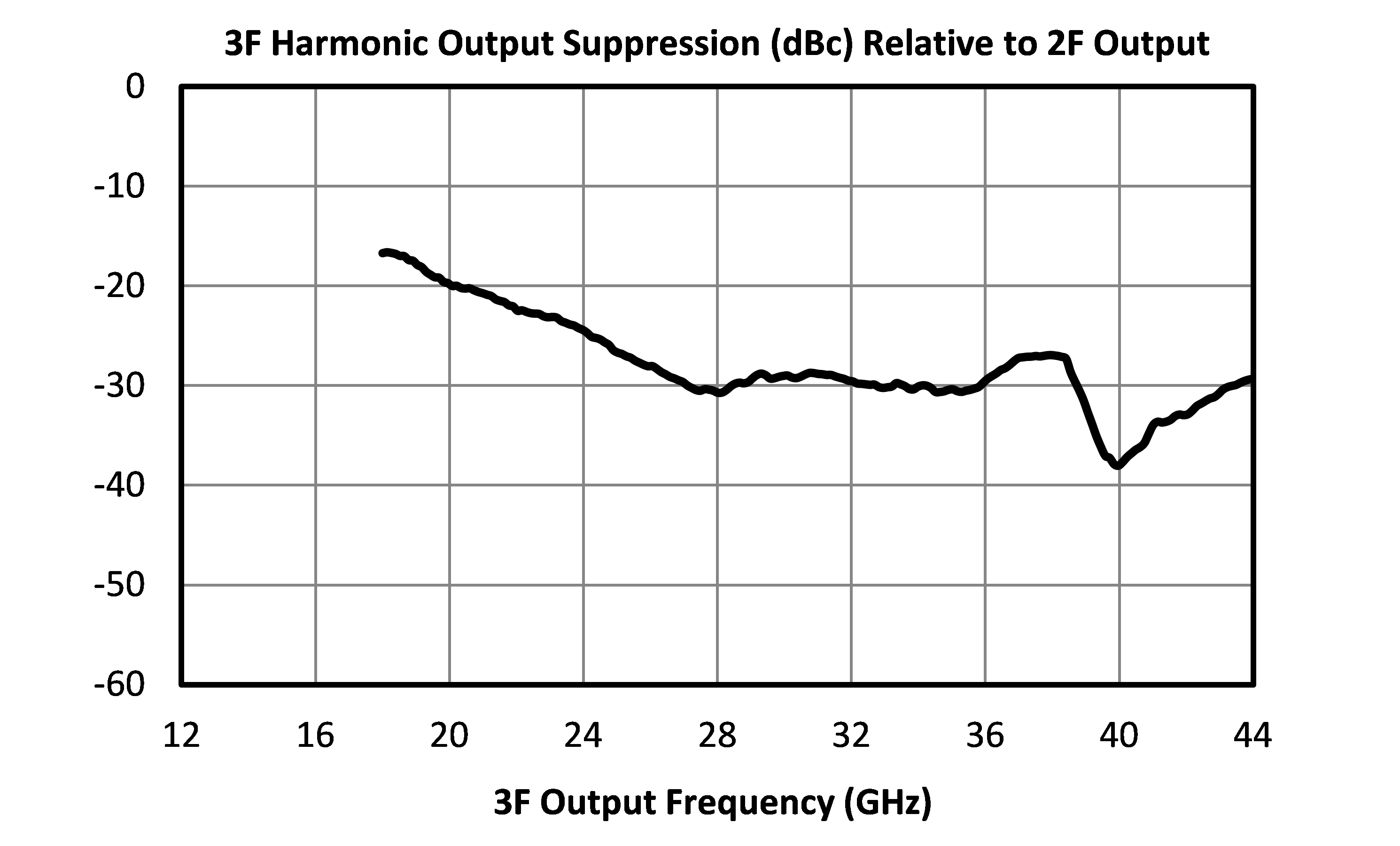